A Place to Belong: Why I Work for Intersectional Justice by Rev. Luther Young

Luther Young is a public theologian and social justice advocate who focuses on racial equity and LGBTQ+ inclusion. Luther is a Ph.D. candidate in sociology at The Ohio State University and his current research investigates the causes and effects of homophobia in predominantly black churches. 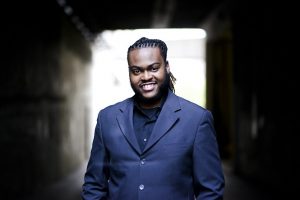 These are words that have been expressly stated or tacitly suggested to people of color and LGBTQ+ people throughout history. As a result, many racial, sexual, and gender minorities have constructed their own communities and families in which they may belong. Despite laudable efforts to create spaces of belonging for the most marginalized in our society, it is crucial to consider the concept of intersectionality when constructing such spaces.

Intersectionality has become a sort of buzzword in academia and social justice movements. However, I am not sure we fully understand what it means. The concept of intersectionality was coined by Kimberlé Crenshaw who stood on the shoulders of other black women thinkers who came before her. Crenshaw articulated the intersectionality framework to explain the unique experiences of black women as the result of multiple marginalized identities—by virtue of being both black and women. A central component of the intersectionality framework is that the oppression associated with having marginalized identities is not additive. That is, black women are not simply twice as oppressed as white women. Rather, intersectionality explains that the oppression black women face is unique such that their experiences are vastly different from white women and radically different from black men and nonbinary folks. So, speaking of sexism or racism broadly do not adequately address the issues black women face.

The same can be said of queer people of color (QPOC), who may not feel completely at home in the LGBTQ+ community nor feel fully affirmed by our racial/ethnic group. We may encounter racism among our queer siblings or homophobia and transphobia from our racial/ethnic community. Even in terms of faith communities, the overwhelming majority of queer-affirming spaces tend to be Eurocentric, whereas historically black and brown churches are often not accepting of LGBTQ+ identities. So many QPOC settle for attending predominantly white churches where we may feel as though we cannot be our full selves or remaining closeted and subjecting ourselves to homophobic rhetoric in black churches. Simply put, QPOC often feel as though we do not have a place to belong.

This was one of the reasons coming out as queer was difficult for me personally. I knew that most of the affirming churches were largely white (demographically and culturally) and that such spaces would not be able to adequately speak to my experiences of blackness. I also knew that I would be hard pressed to find a black church that would be accepting of an openly gay clergyperson. I know what it is like to be met with the striking message you don’t belong here.

I work for intersectional justice because I do not want anyone to feel as though they do not have a place to belong. In order to have spaces that are truly inclusive, we must center the most marginalized in our midst. It is important that we establish common ground while acknowledging that our different identities constitute very different experiences. In essence, addressing LGBTQ+ inclusion and racism independently of one another further marginalizes QPOC. In order to move toward full inclusion of all of God’s children, we must affirm and celebrate the complexity of identities that constitute our communities.

Let AllianceQ know that you are interested in serving with its Intersectional Justice ministry team.